The rush to contactless payments during the COVID pandemic has led to venues wondering whether cash is on its last legs. But such thinking may be premature…

In July 2020 Australian supermarket Woolworths announced a trial cash ban in 11 of its CBD-located Metro supermarkets in Melbourne and Sydney. The stores selected were already experiencing far fewer cash payments than other outlets. A Woolworths spokesperson told Channel Seven News, “Cash remains an important payment option for many of our customers and will continue to be offered as a payment form in all Woolworths Supermarkets and the majority of our Metro stores. We will closely monitor the feedback from our customers as we trial this new offer.”

A few months later, despite a social media backlash against the move, the trial was expanded to include inner suburban stores like Caulfield North in Melbourne and Rosebery in Sydney.

So, was this move a harbinger for the end of cash in Australia or, like Mark Twain, had the rumours of its death been greatly exaggerated? After seven months, it seems it was a case of the latter, as in March 2021 the supermarket chain announced it had listened to the complaints of its customers and would resume accepting cash in its stores. Whether Woolworths simply jumped the gun and moved too soon or cash really will be with us for a while yet remains a topic for debate.

Adding to credit and debit cards (with users increasingly favouring the Tap and Go and systems such as Visa payWave over the card insertion and passcode entry), today cashless options include digital wallets and even cryptocurrencies (though paying for your groceries in bitcoin is a way off yet). Digital wallets are completely contactless, with a user’s credit or debit card credentials loaded and stored in wallet apps (such as Apple, Samsung or Google Pay) on their
mobiles and payments are made by simply holding up the phone to the contactless symbol on a payment terminal.

The use of such payment options was accelerating even before the pandemic. Between 2013 and 2019 there was a 53 percent decrease in the use of Australian coins, according to the Royal Mint. And, in March 2020, the Commonwealth Bank marked a record $1 billion in digital wallet transactions, with a concurrent 29 percent decrease in ATM cash withdrawals.

The pandemic added an unexpected but pressing reason for eschewing cash payments – hygiene.

A study by Mastercard released midway through 2020 found that nearly eight in 10 respondents were using contactless payments, and Tap and Go transactions had grown two and half times faster than non contactless transactions in the Asia Pacific region, as 82 percent viewed the process as
not only cleaner but faster – meaning less time spent in potentially germ-filled and risky environments such as stores.

Anecdotally, one of the most popular reasons for rejecting cash altogether has been the corresponding freedom from bulky wallets. How many people do you know who spent most of 2020 marching out on their 10,000-plus steps a day with nothing but their keys, a mask and their phone (with or without a credit card in the cover)? Yes, COVID-19 really made it look as if digital transactions had usurped cash’s throne…

In March 2020, the Commonwealth Bank marked a record $1 billion in Digital Wallet Transactions, with a concurrent 29% decrease in ATM Cash Withdrawals”

There are, however, a growing number of people who are not on board with this shift. CashWelcome.org is a grassroots organisation formed to “protect our rights to use and access cash”, according to its website. The site also debunks the suggestion that cash is a disease spreader, referencing a Royal Mint quote that: “Cash poses no greater risk than other forms of payment or many other dry surfaces.”

More pertinently, it details a number of reasons for businesses to persist with cash payments, such as vulnerability to bank system outages, onerous bank merchant fees, fake payment receipts, and Tap and Go and payWave card fraud. One of the biggest areas of concern is privacy, with social media users
complaining about forced use of contactless payment, citing fears of their spending being much easier to trace and monitor, and giving banks, vendors and payment platforms too much information about what people do with their money. This is linked to what social psychologist Shoshana Zuboff has dubbed ‘surveillance capitalism’, or the practice of selling financial data as a valuable raw material that can be bought and sold.

A report from Germany’s Deutsche Bank even goes so far as to predict that cash will make a resurgence and, contrary to conventional thinking, it’s plastic credit and debit cards that will disappear in the very near future.

“Over centuries, people have developed a deep-rooted trust in paper and coins during uncertain times,” says the bank, referencing its 2020 survey of 3600
people from Europe, the US and Asia that concluded ‘cash will stay’ but digital payments will cause the ‘extinction of the plastic card’.

What this means for venue managers…

So, it seems venues around Australia will need to offer the ability to make cash payments for some time yet. With this in mind, here is a simple five-point safety checklist for accepting cash in the COVID-normal world:

This article was first published in State of Play, Issue 8, 2021 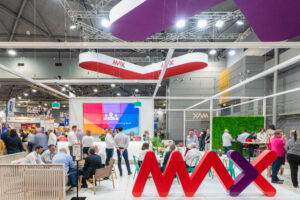 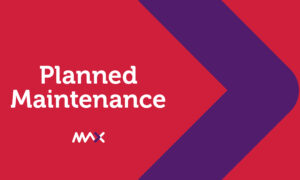 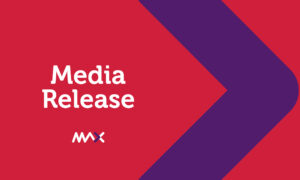 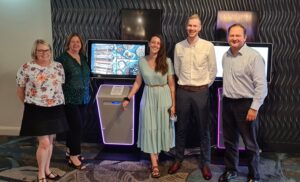